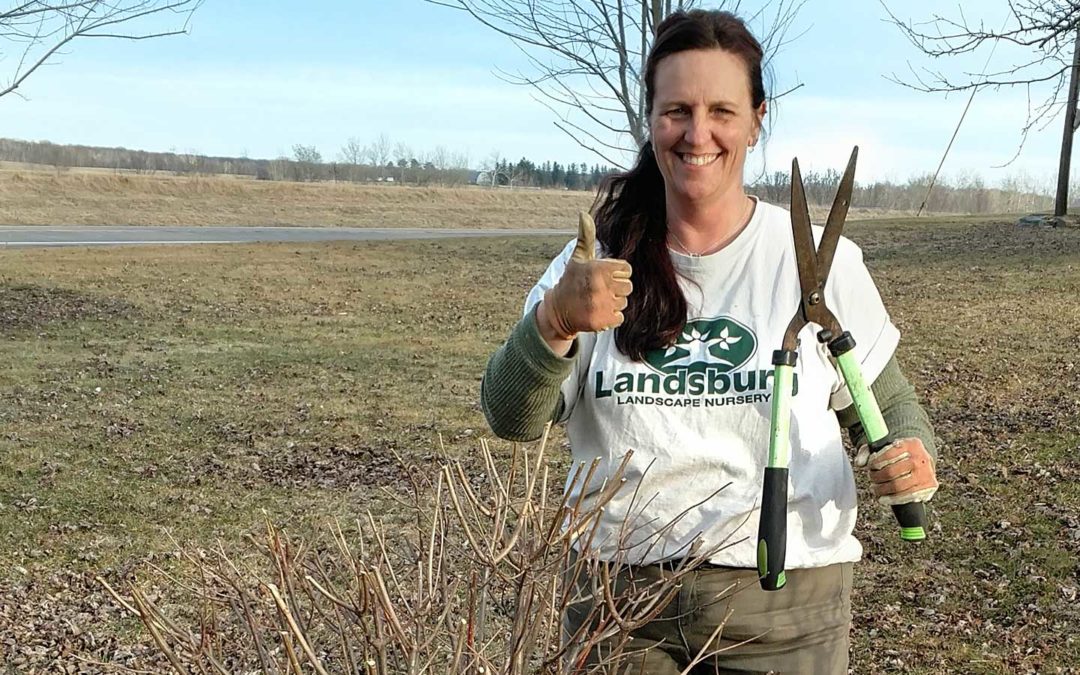 Have you often wondered, when is the best time to prune your shrubs and evergreens?

The questions we get asked most frequently are those having to do with when and how to prune shrubs and evergreens. Many gardeners are often apprehensive about doing any pruning for fear of permanently damaging or killing their plants. In almost all cases, more long term damage results from the lack of pruning than from any incorrect pruning. Here are just a a few simple rules that will help you to remember when is the best time to prune.

Shrubs
As a general rule, spring flowering shrubs such as Spirea, and Lilacs should be pruned right after the season of flowering. This allows the plant to have plenty of time to develop new flower buds for the next season. Mid and late summer flowering shrubs such as Potentilla and Hydrangeas are best pruned in early spring before new growth starts. Shrubs grown primarily for their foliage are best pruned in early spring and can be pruned during the growing season as needed. It is usually best not to prune any shrub in late fall or early winter, since it may make the plant more vulnerable to winter injury. Rejuvenation pruning of shrubs should be done in the spring before growth starts. Many of the lower growing spireas and potentillas are examples of shrubs that benefit from rejuvenation pruning every one or two years. These plants should be pruned back to within 3 to 6 inches of the ground. Overgrown shrubs can be renewed by cutting approximately 1/3 of the oldest stems to the ground. This is especially beneficial to red or yellow stem dogwood shrubs which display the most color on young stems.

Evergreens
Evergreens that grow continuously throughout the growing season such as juniper and arborvitae can be pruned almost any time except late in the growing season. Pruning after August can make these evergreens more susceptible to possible winter injury.

Pine and Spruce
Pine and spruce put on a single flush of growth in the spring and then stop growing until the next season. These trees or evergreens must be pruned before the new growth, often referred to as candles, becomes hard and woody. This rapid growth normally occurs in early to mid June, so pruning in mid-June when the candles are about three-fourths elongated is preferable. Up to one half of the new growth may be removed.

Trees
Proper timing is important when pruning your tree. Most trees are best pruned in late winter or early spring while the tree is dormant in order to prevent the introduction or spread of disease. Oaks, honeylocust, apples, crabapples, pears, mountain ash and hawthorn are varieties that are best pruned in early winter. Maples, honeylocusts, birch, ironwood and elm will bleed if pruned in later winter or early spring. However, the bleeding is not considered to be detrimental to the tree (MNLA).